The Abuses Against M.I.S.A. During the Penal Procedures

Established as a not-profit association in January 1990, the association (Miscarea pentru Integrare Sprituala in Absolut – The Movement for Spiritual Integration in the Absolute) has a social – professional, philosophical, educational nature, aimed at raising the spiritual level of people by promoting the yoga theories and practices.

MISA's mentor, Gregorian Bivolaru, and other disciples, have been pursued, arrested and beaten by the former Securitate since the 1970s. Unfortunately, the pursuit of MISA's leader continued beyond 1989, when the investigations were pushed by the neo-communist regime that was implemented after the Romanian revolution.

The most important official action against MISA took place in March 2004, in an operation called “CHRIST” by the authorities.
On March 18, 2004, a few hundred officials (among them gendarmes, police officers, and prosecutors) entered by force into several private properties of different yoga practitioners which were organized like Indian ashrams (places where people live and follow a spiritual practice). During the action, several abuses were made: 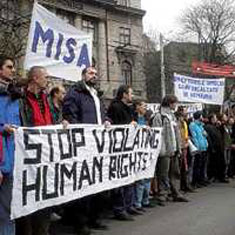 Something else completely illegal happened again - the full Prosecution disclosure papers were posted online and made public by the criminal investigative body, something that, apart from violating the right to have their case heard by a fair court and the right to privacy of the people investigated, could be looked at as yet another instance of public manipulation.
Arrest warrants were issued in Gregorian Bivolaru's name. The MISA mentor had to leave Romania and go to Sweden. He was fully granted political asylum and the right to work, etc in Sweden.
The Supreme Court of Stockholm also ordered expert analyzes about MISA, during the trial, which concluded that the organization is a peaceful one and does not conflict with the law in any way. It was also concluded by the court that Gregorian Bivolaru is persecuted in Romania and doesn't benefit from a fair trial but is discriminated on the grounds of religious beliefs.
In the criminal file built up in 2004 and 2005, Gregorian Bivolaru was declared innocent by 2 inferior courts in Romania.

The final decision is about to be made by the highest court of Romania (Inalta Curte de Casatie si Justitie) and the authorities still try to cover the mistakes of the past by playing a dirty game. All the courts involved in judging this file asked for the official papers that allowed the authorities to listen to these phone calls but they were all refused by the prosecutors. They motivated that they can not give the documents because they are classified (National Security). In the last meeting in court before the decision some illegal documents were introduced in the file. In fact they are the warrants that had been used by the Romanian Information Service to listen to the phone calls of the yogis many years before the criminal investigations even started. Examining the documents it was noticed that there were illegalities contained from the very beginning: 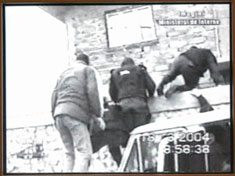 There are important issues that indicate that the prosecutors working in the case are trying to play illegal right in the last part before the final verdict:

Many illegal actions were performed during this investigation:
illegal arrest and abusive investigation; threats; unfair repression; breaking and entering; destruction of property; abuse of office against personal interest; abuse of office by restricting certain rights; attempt to convincing people to give untrue testimony; abusive conduct;

and many human rights and international principles were broken:
banning of torture; right to freedom; right to a fair trial; right to privacy and family life; freedom of thinking, conscience and religion; freedom of speech; freedom of meeting and association; banning discrimination; protection of the right for property.