The Universality of Human Rights and the Tai Ji Men Case

Those who claim that human rights are not universal usually are those who do not respect them. 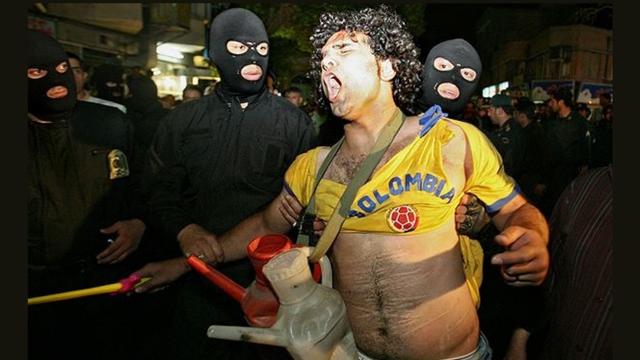 This year, Human Rights Day is celebrated right in the middle of some of the most heated discussions on human rights in recent years. On August 31, the Office of the UN High Commissioner for Human Rights released a report accusing China of gross human right violations and what it called “crimes against humanity” in Xinjiang.

Several European countries have asked for an international tribunal that would judge the Russian war crimes in Ukraine, similar to the Nuremberg tribunal that judged Nazi leaders after World War II. The World Cup of soccer is now taking place in Qatar, and several Western teams have tried to use the tournament as an opportunity to publicly protest the violations of human rights in Qatar and other countries with an Islamic majority, including Iran.

In all these cases, the answer of the governments criticized for their human right abuses has been the same. They have claimed that there is no universal notion of human rights, and Western imperialism and colonialism are just trying to impose their own on the rest of the world. Russia, China, and some Islamic countries claim that their social and legal tradition is different, and they cannot subscribe to the same idea of human rights prevailing in the United States or Western Europe.

This is a question of enormous importance. Are human rights universal or different in different cultures and traditions? The answer depends on their foundation. The expression “human rights” was first used in the 18th century, but the idea that human beings have fundamental and inalienable rights is much older. Catholic medieval philosophers, including Thomas Aquinas, insisted that human beings have rights inscribed in their own nature, which do not depend on their recognition by the laws. There might be bad laws that would not recognize the fundamental natural rights, yet the rights would not cease to exist, and the unjust laws should not be obeyed. 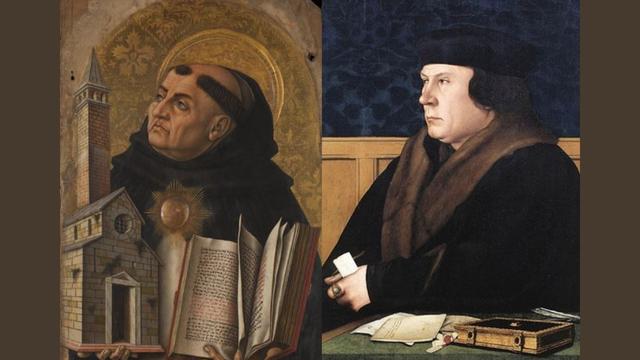 With the crisis of the Middle Ages, this widely accepted theory was cast in doubt. In the 14th century, influential political theorist Marsilius of Padua claimed that the rights of the citizens did not come from human nature but from the laws. They had rights only insofar as legitimately promulgated laws had given these rights to them.

The opposition between Thomas Aquinas and Marsilius of Padua continued for centuries between two main schools of legal thought. The natural law school insisted that there were natural rights the law did not create but should recognize. Legal positivism maintained that human nature is unknowable, and the only rights one could meaningfully discuss were those conferred by the laws.

Legal positivism came to dominate the European culture in the 19th and early 20th century. One problem of this position is that, if human rights are created by the laws, they are not universal since the laws are obviously different from time to time and from country to country. This made it impossible to criticize even the worst violations of human rights. Formally, Nazi laws were legitimately promulgated in accordance with the German law of the time. How could we thus condemn the horrors of Nazi Germany? After all, even the Nazis could have argued they had their own notion of “human rights,” different from the notion prevailing in democratic countries.

After World War II, Heinrich Rommen, a leading Catholic legal scholar who had escaped Nazi Germany to the United States in 1938, published in 1947 an influential book called “The Natural Law.” 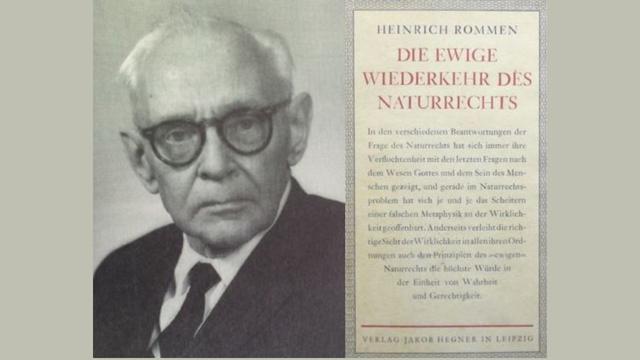 It was in fact a new English edition of a prophetic text he had published in German in 1936 under the title “Die ewige Wiederkehr des Naturrechts,” i.e., “The Eternal Return of the Natural Law.” Rommen argued that natural law periodically seems to disappear, because legal positivism is much more convenient for governments, but always comes back after history shows that obeying the laws does not preserve from horrible violations of human rights.

This is one of the reasons why the United Nations adopted in 1948 a Universal Declaration of Human Rights that repudiated legal positivism, and proclaimed that all human beings are entitled to certain rights independently of the country where they live and of its laws. By the way, the Declaration was not “Western,” as we now know that the drafter who persuaded the others in the committee that human rights should be declared universal was the representative of the Republic of China, a Confucian scholar called Chang Peng-Chun.

Article 1 of the Universal Declaration makes an explicit reference to conscience, together with reason, as the tools all humans can use to recognize these universal human rights. Since reason and conscience are shared by all humans, be they Europeans, Americans, Russians, Chinese, or Iranians, all can and should acknowledge the universal human rights. It is a political law that those who deny the universality of human rights usually are those who do not respect them. 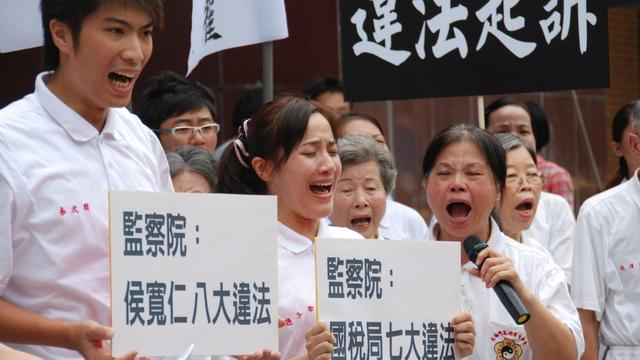 Dr. Hong Tao-Tze, the Shifu (Grand Master) of Tai Ji Men, played a key role in reaffirming that conscience is the basis of human rights and of global peace, inter alia through the Declaration of International Day of Conscience. Since conscience is universal, so are human rights.

In 2009, Taiwan incorporated the two UN Human Rights Covenants into its domestic legislation. After this act, it can no longer claim that it has a “different” or “Chinese” or “Asian” notion of human rights (as other countries in Asia do). It should simply respect universal human rights, including in the Tai Ji Men case.